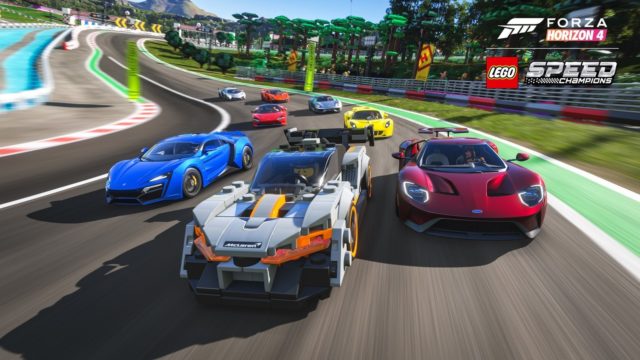 The choice of either Forza or Gran Turismo can be as tough as the choice between PlayStation and Xbox console under which they each fall. Both studios have put in many efforts in the past years to come up with games that will survive for long exclusively for the console they are made for.

When it comes to Gran Turismo Sport and Forza Motorsport, the two games are some of the best car racing games one will get on a console. Before anything else, it is important to know that the two games are console exclusive, which means that before you can play either, you have to either get a PlayStation for Gran Turismo Sport or Xbox one for Forza.

Being the best four-wheeled games on console, these two games are both great in many ways, and getting one that is better overall may be quite different because they both have their strengths and weaknesses.

Gran Turismo is the first of the two games to be released. The series began in 1997, making it one of the oldest franchises in the genre. Developed for PlayStation by Polyphony Digital, it has come to have 7 primary releases with the latest being the 2017 Gran Turismo Sport released for PS4.

Close to 8 years after the start of the Gran Turismo franchise, Forza Motorsport was released in 2005 as the first of the Forza franchise for Xbox. The first game was developed by Turn 10 Studios. The latest game in the franchise is 2018’s Forza Horizon 4.

Which is Better Forza Or Gran Turismo?

As pointed out, the two games are great in various ways with each having the better side at different things.

Both games strive to achieve so much in terms of graphics and they do that without any problem. The cars are rendered with great details and the models maintain the accuracy of the real cars. That Forza 7 is able to achieve the feat of running at 60 FPS in 4K which is something to be appreciated. On its part GT has also achieved 4K lighting that is almost realistic.

That said, when you consider everything else such as the little details like grasses, people, and trees among other things, GT does a better job graphically.

This is one of the few places where the GT Sport finds itself losing its speed against the FM7. While GT has only 162 cars, Forza has more than 700 cars. What this also means is that while GT is struggling with the variation of cars, Forza has everything from racing trucks to classic F1 beasts and everything in between. This is against the thin variety of GT cars that include road model cars and some selected racing cars.

In the same way, while GT has only 17 tracks, Forza almost doubles it with its 30 tracks.

In this sense, the spoils are shared between the two games. Gran Turismo does so much by bringing in real-life driving experience when compared to Forza, as such if you care so much about cars in real life, this game may be the better option for you. Apart from its realistic driving experience, it also uses real-life locations for its tracks.

That said, it fails when it comes to damage physics. With GT, you can ram into a concrete wall or get hit by another car and still not take any damage. Microsoft, on the other hand, makes it possible for you to make a car undrivable. The damage may not be entirely perfect, but there is a sense of realism knowing the car can be damaged that include shattering of glasses and the body of the car.

This will always tilt towards Forza because it makes it possible for almost any kind of gamer, from a novice to hardcore to all play and enjoy. It has a wide array of settings that make it possible for one to tweak the game to how best you want. Gran Turismo, on the other hand, has its mind set more on hardcore gamers and those looking for the best in terms of simulation.

With this, the choice between Forza or Gran Turismo on which is more enjoyable is all dependent one’s personal preference.

If you are a lover of competition, GT may do a better job in terms of competition experience. The player-vs-player mode of the game is done in a way that one will easily enjoy, most especially when you consider the rich online community it has. Beyond that, the developers of the game have a partnership with Nissan that makes it possible for one to compete with other players in a real-life event. The player that wins will get the chance at attending the Nissan GT Academy.

With Forza, one may not necessarily have any motivation for competition because competing against friends and strangers in the game is not really as enjoyable as one may want.

Even though it gives great simulation, Gran Turismo still fails as regards recreating the right engine noise. In fact, the Sony game has a tinny sound for its cars. This is another place where Forza has a better side of GT as its sound is more realistic.

Before now, GT made use of composed music which made it less interesting in comparison to Forza which makes use of curated music by British DJ Rob da Bank. Recent GT games are now making use of licensed sounds, which makes it easy to appreciate.

See Also: Xbox One X vs PS4 Pro: Which One is Better and More Powerful?

At the end of the day, when you place the latest games in both franchises side by side, it is easy to give the day to Forza. Having consistently evolved, the game now has more to offer compared to Gran Turismo which latest release was rather disappointing as regards the content, forcing many to cancel their order.

Nonetheless, if you are a real car driver who loves games, it is GT that you may fall in love with because it offers a better simulation than the other which is all about giving you a good experience as a gamer.